[Note:   I’m fortunate enough to have four of the nine reactors mentioned here in my life:  Salem I and II, on the Delaware River between Delaware and New Jersey, and Prairie Island I and II, on the Mississippi River between Minnesota and Wisconsin.  The details vary, but the essentials are similar.  Not the least of the similarities is the revolting suck-up behavior of so many officials and organizations in “company towns.”  In any case I wrote two versions of this post, focused on Delaware and Minnesota respectively.  Below is the Minnesota version.] 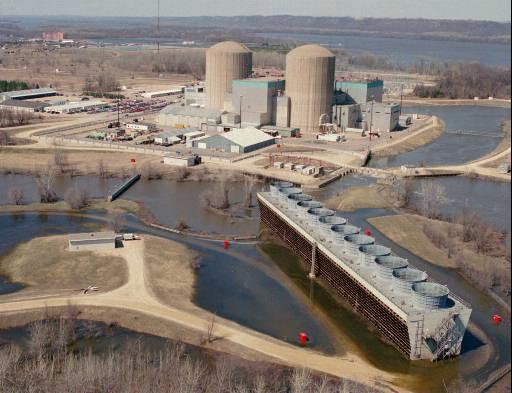 Areva SA, a French vendor of nuclear power plant equipment–one of the largest and most prominent in the world–has been found to be producing defective items–really major items!– and falsifying quality control paperwork.  This means that reactors may be running in dangerously unsafe condition.  French regulators appear to be acting, but US regulators are not.

The French Nuclear Safety Authority (ASN) reported on this in a note d’information dated May 4, 2015.  A followup note in April 2016 reported:

“On 25th April 2016, AREVA informed ASN of the initial results of this additional analysis. They revealed irregularities in the manufacturing checks on about 400 parts produced since 1965, about fifty of which would appear to be in service in the French NPPs [nuclear power plants]. These irregularities comprise inconsistencies, modifications or omissions in the production files, concerning manufacturing parameters or test results.”

The Wall Street Journal reported on October 18, 2016, that 18 French reactors are, or have been, shut down for testing of potentially defective parts.

Meanwhile, the US Nuclear Regulatory Commission has been concealing the identity of nine suspect US reactors and has not shut any down.  Greenpeace France has reported that the suspect reactors are:

Beyond Nuclear says–and this has been my own experience with the NRC:

“Such a lack of transparency and accountability by the NRC — an agency largely to entirely captured by the industry it is supposed to regulate — is a key part of the collusion that the Japanese Parliament concluded in 2012 was the root cause of the Fukushima nuclear catastrophe in that country. But such collusion exists in spades in the United States, as well.”

David McIntyre of the NRC gave us this statement:

“The Nuclear Regulatory Commission is following the French regulator’s investigation of the documentation issues at AREVA’s Creusot Forge facility, as well as carbon segregation in large nuclear components. We have also been communicating with AREVA, which is conducting its own inquiry. At this time there are no indications of safety concerns for any U.S. nuclear power plants. Therefore, there is no need for the NRC to take immediate regulatory actions. Should the inquiry reveal any safety concerns, the NRC would take appropriate measures.”

“Also, at this time, for proprietary reasons we are not releasing additional information.”

Additional questions from us, such as this one, were not answered by the NRC:

Public Service Enterprise Group (PSEG) the owners of the three Salem/Hope Creek reactors, is pressuring the State of New Jersey for additional nuclear plant subsidies.  Some background here.  In Minnesota, Xcel Energy (Northern States Power Company) owner of Minnesota’s three nuke reactors, seems to be in control of energy policy actions at the Legislature, the Public Utilities Commission, the environmental regulatory agency (MPCA) and Governor Mark Dayton’s office.  Ratepayers are being hosed to dump hundreds of millions of dollars into reactors that would, in a rational world, be shut down.  Opposition from “environmental” and energy-wonk orgs seems minimal.  Probably it would be political suicide for elected officials to stand up to Xcel.  Some more here:

(The good news, the bigger picture, is that more nukes are closing than are being started up.)

Are Xcel’s Prairie Island nukes operating with dangerously defective Areva-made parts?  Given the lack of due diligence by the NRC it is hard to know, but a strong possibility seems to exist.  The response from the NRC is the worst I can recall in 30 years of occasional interactions.  Perhaps it is to be expected with the Trumpers taking over the federal government.

In truth there is no reason for the Prairie Island reactors to be running at all:  They vacuum marine life out of the River, they vacuum billions out of ratepayers’ wallets, the spent nuclear waste just keeps on piling up, and they most certainly are not “carbon free.”  Utility revenues should be redirected to investment on the “demand side” (conservation and efficiency) and in lower cost, lower carbon sources such as wind and solar–at more than token levels.

The Minnesota Legislature will hold its first “floor sessions” on January 3rd.  There are a fair number of new faces after the elections.  If they don’t hear from constituents (you!) many will just do what the fat-cat lobbyists tell them to do.

Do you know who your state Senator and Representative are?  Find out.  Find out their emails and phone numbers.  Contact them about your concerns!

Who Represents Me (As of now, the data here are pre-election.)